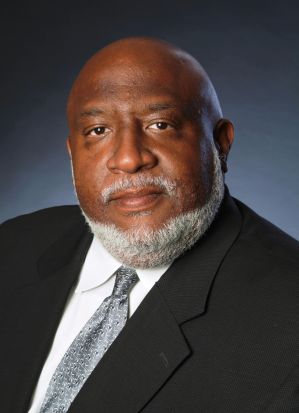 Darryl Moore was born on July 8, 1961. He was the first openly gay African American elected to office in the East Bay section of the San Francisco Bay Area, and is a former Councilmember in Berkeley, California.

Darryl Germaine Moore was born in Fontana, California to Leo Moore, who was a machinist, and Vola Moore, who opened her home to foster children from San Bernardino County. Darryl’s parents were foster parents for 35 years, and in that time, brought over 100 foster kids into their home to give them a safe and supportive environment to live and grow. Darryl had three siblings growing up, Arvin, Darlene and Tonja, with Darryl being the youngest. He is a graduate of Fontana High School, where he played on the varsity tennis team and was a member of the chess club. In his youth, Darryl was very involved in 4-H, showing his prize-winning dairy goats at county fairs throughout the state and obtaining the highest rank in 4-H in San Bernardino County.

Darryl is a graduate of University of California Santa Cruz (UCSC), earning his Bachelor’s degree in Sociology with honors. After UCSC, Darryl felt he needed some balance in his education so he attended the University of Chicago, where he received his Master’s degree in Public Policy. Several years later, he attended Harvard University and completed its Senior Executives in State and Local Government Program as a Bohnett Leaders Fellow. While in Chicago, Darryl worked for Alderman Larry Bloom, which gave him his first taste of local politics.

After working in Washington, DC for many years, Darryl decided it was time to come home.  He moved to Berkeley in 1996, where he worked for Councilmember Kriss Worthington as a legislative aide and later as Senior Management Analyst for the City of Berkeley’s Department of Public Works, in the areas of budget, capital projects, and fiscal planning.

Darryl was elected in 2000 to the Peralta Community College Board of Trustees representing the cities of Albany, Emeryville, and Berkeley, becoming the first openly gay African-American elected to office in the East Bay. Four years later, he was elected to the Berkeley City Council for a four-year term representing District 2, South-West Berkeley, and represented the Council on the Berkeley Public Library Board of Trustees. He ended up serving 12 years on Council before narrowly losing re-election in 2016.

As a public servant, he enjoyed helping constituents solve issues associated with city policies and affordable housing, assisting the homeless or low-income individuals with families to find secure and safe housing, and crafting and passing legislation that improved people’s lives. Darryl is very proud about supporting his community’s youth. Each year, he welcomed Rosa Parks Elementary School students with backpacks and school supplies so they can begin the school year ready to learn.

He is also committed to ensuring that youth have opportunities to learn and grow outside of the classroom. This is why he introduced legislation that significantly expanded Berkeley’s youth employment program, YouthWorks. Previously the City was only able to accommodate approximately a third of those who applied; now they accommodate each and every applicant who walks through YouthWorks’ doors.

In order to close the achievement gap, he worked with United in Action to help draft the 2020 Vision, a comprehensive plan to bring all students up to the same academic level by the year 2020, and co-authored the resolution to bring it before the City Council. Darryl is also very proud of his efforts to encourage the life sciences and other industries to locate in West Berkeley, creating jobs and encouraging affordable housing and infrastructure investments.

The Black SGL/LGBTQ community is very important to Darryl. Whether it’s employment or housing discrimination, a lack of affordable and quality health care, or transgender equality, he says that “we must constantly and persistently raise and demand that we have a seat at the table when potential solutions are being formulated and debated.”

Darryl serves on the board of Alameda County’s AIDS Project of the East Bay, which is dedicated to preventing the spread of HIV and supporting individuals infected with the virus through programs targeted at some of the most vulnerable and marginalized individuals in the county. He also serves as the Chair of the National Black Justice Coalition (NBJC), the only nationwide civil rights organization dedicated to empowering Black lesbian, gay, bisexual, and transgender people. In 2013, Darryl had the pleasure of meeting President Barack Obama during the White House Pride Celebration in his capacity as the Chair of the NBJC.

He continues to serve at the Oakland Housing Authority as a senior management analyst.

Darryl and his husband, Bradley Johnson, have been a couple for 21 years. They were legally married in 2008 on the same day the voters of California approved Proposition 8, which defined marriage as a relationship between a man and a woman. They were among the 18,000 same-gender couples who were married before Prop 8 and the courts recognized their marriage. Darryl and Brad have two sons and six grandchildren who live on the East Coast. They love to spoil their grandkids and look forward to spending as much time as possible with them. They also have two spoiled Maltese dogs, Pepper and Crystal. In his spare time, Darryl enjoys watching tennis, cooking, entertaining friends and family, and playing a competitive game of chess.

We thank Darryl Moore for his years of public service, his commitment to young people, and his dedication to our community.