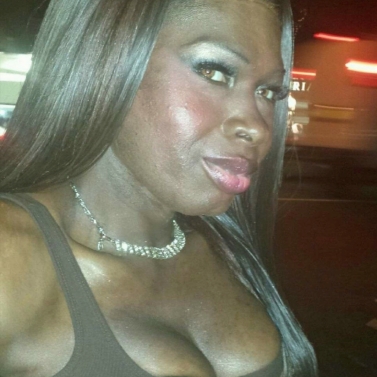 Maurice Runea was born on July 19, 1974. She is a transgender comic, blogger, advocate, activist, and former webcast host of the “Maurice Runea Show,” who very publicly made her gender transition in 2005.

Maurice Runea Harrison was born in Brooklyn, New York to William Wright and Catherine Elizabeth Phelps. Maurice is very close to her two younger, very protective, and loving sisters, Shameeka Harrison and Latarsha Harrison. She graduated from Baisley Bay High School and attended LaGuardia Community College for a year, where she was accepted into their Computer Operations program. Following her one year stint in college, she tried her hand at the corporate world, holding positions with the Department of Transportation, the New York City Mayor’s Office under Rudolph W. Giuliani’s administration, and the New York City Board of Education.

On a date, she was invited to a support group called “Soul Food” at Gay Men’s Health Crisis (GMHC) and found her true calling. She became an employee of GMHC and worked briefly at another HIV/AIDS prevention program, Harlem United, when she became a very active advocate in the community. Maurice also began her own fashion line of “blinged out” custom made t-shirts.

Constantly being victimized and bullied growing up didn’t hinder her growth or change who she was. Maurice endured, bursting through this troubled childhood and blossoming into a beautiful woman. For a short time, Maurice tried to conform to what was considered normal and got a girlfriend, but after a pregnancy scare, she couldn’t pretend any longer and came out. She was a proud gay male who identified as a “he” for a long while, but after interviewing Laverne Cox for her show, Maurice saw life in a different light, figured out who she wanted to be, and began her transition. It was not easy because Maurice was already very popular and well known. The transition began in 2005 under the public eye, and she was accepted and embraced.

Maurice loves doing advocacy work and gets a warm feeling every time she feels like she’s pointed someone in the right direction. She would love to publish a book one day about being raised in a very religious Christian home and trying to hide who she really was. She’d also write about her coming up and out, and making her gender transition.

Maurice Runea is inspired to continue her advocacy work because there’s so much to do. She’s inspired by anyone doing positive things for the community. She finds the SGL/LGBTQ to be a very unique group whose stories, memories, and experiences need to be told because far too many of us have been forgotten. She wonders aloud, “If these experiences aren’t shared, how will the world know we exist?”

Maurice is currently single and looking. Despite some recent serious health complications, she has risen to the challenge, and is working to be her healthy best, and fabulous. She is a proud human mommy to a full breed Yorkie, Egypt, and a Chihuahua/Yorkie mix named Bella. She still makes her home in the Bedford-Stuyvesant neighborhood of Brooklyn, and enjoys cooking, sunny days, the beach, shopping, home improvement, cuddling, romantic dinners and brunch, long drives, good food, the company of mature men, and pampering herself.

We thank Maurice Runea for her fearless spirit, advocacy, and support of our community.