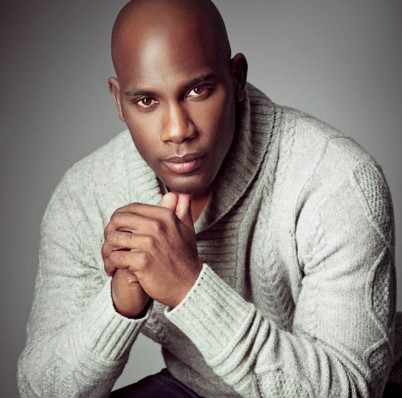 Allen Orr, Jr. was born in Valdosta, Georgia, the son of Allen Orr, who is a farmer and landscaper, and Mary, who was a civil servant. He attended Lowndes High School, where he found his passion for debate. Following high school, he enrolled at Morehouse College, obtaining his Bachelor of Arts degree in Philosophy in 1995. He followed that up by enrolling at Washington, DC’s prestigious Howard University School of Law, where he earned his Juris Doctor degree.

Allen is passionate about the art of debate, and built his skills in both high school and college. He worked to be one of the best, and not only won debates with his critical thinking, impressive knowledge and quick wit, he won awards, and was selected as captain of the debate team at Morehouse. While in law school, he was a member of the Charles Hamilton Houston Moot Court team.

Allen Orr admits that he was so focused on education and being the best he could be, that he didn’t pay much attention to who he might be. He discovered his same-gender attraction later than many of his peers, and focused on getting to know himself, and living in his truth. He was relieved to realize that he could be same-gender loving and still be an outstanding man, and an exemplary leader.

After working for the world’s largest law firm in the global immigration department for over a decade, Allen established Orr Immigration Law Firm PC, a minority-owned firm based in Washington, DC. The firm focuses on United States corporate compliance as well as global corporate representation and assistance on immigration issues. Clients of Orr Immigration include Fortune 500 companies, hospitals, oil companies, law firms, and a variety of minority businesses.

Orr Immigration Law also represents a coalition of information technology companies that need to seek relief before the United States Department of Labor, looking to reform various inappropriate practices in the labor certification process, and advocating changes in the agency’s proposed “PERM” rule. They also do work for a large Fortune 10 company whose immigration records relating to their 250,000 employees are under scrutiny. Allen is the only lawyer in the United States that has conducted such an audit of the company’s “I-9” forms, the largest audit of its kind by an individual attorney. His firm also assists employers facing civil and criminal investigations into immigration-related employment, and represents companies in immigration visa and compliance matters.

Allen Orr has more than 25 years of experience in advocacy on various civil rights and important human rights issues. On immigration-specific matters, he has met with the United States Department of Labor, the Department of Homeland Security, the White House, and various members of Congress, regarding policies and practice. These interactions often go beyond brief meetings. He is proud to be an advocate for immigration reform, election rights protection, and racial and gender civil rights issues. Allen is an active member of the election protection telephone bank for national and local elections.

Allen Orr is the first African American and the first same-gender loving person elected to a national office of the American Immigration Lawyer Association, a bar association with more than 14,000 members.

Allen previously served on the executive committee for GayLaw, as their treasurer for six years, and as co-president for two years. As treasurer, he helped to build a one-year operational reserve fund, and expanded membership among women and people of color. From 2000 until 2010, he served on the national steering committee for Servicemembers Legal Defense Network and its predecessor organization, which led the way in winning the battle to defeat the draconian “Don’t Ask, Don’t Tell” policy, and put an end to discrimination in service to the United States Armed Forces. He was the co-chair for the 9th Annual End the Witch Hunts dinner held in Washington DC in 2001.

Allen Orr characterizes his greatest strength as cultivating and managing relationships. He learned early in life that “people may not remember what you said or what you did, but they will remember how you made them feel.” He has the ability to make people feel included and involved, which leads to high productivity and excellent results. He was honored for his leadership and awarded the American Immigration Lawyers Association’s Minsky Young Lawyer Award, and the GayLaw Recognition of Service Award, both in 2009. Allen also received the President’s Commendation in 2016 for exemplary service to the President.

Allen says, “It’s hard to find your way in this world when you’re confronted by your feelings, and you’re not sure you want to own those feelings, and you’re even less sure how family and friends will accept them. When you’re both Black and same-gender loving, you’re doubly burdened. You know some people will find those parts of your identity problematic. But you need to live in your truth, and I did that, and I’m glad I found a way to accept who I was, and hope my story and how I faced adversity will help others, as they find their way in this sometimes-hostile world. Anybody can do it, and your happiness depends on you embracing all the parts that make you a unique and wonderful human. My many communities serve to make me feel accepted, supported and loved and I am grateful for that.”

We thank Allen Orr for his exceptional contributions to the world of law, and for his support to our community.