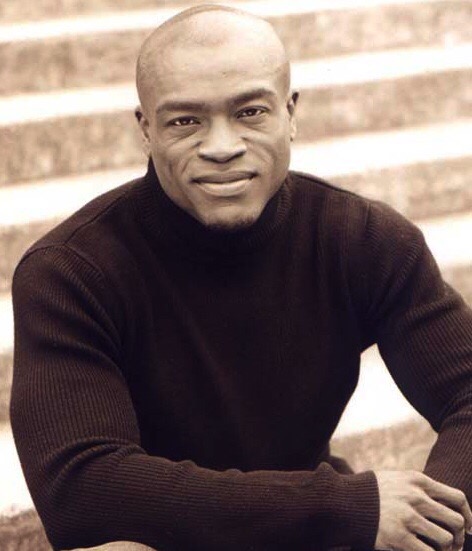 Darieck Scott was born on August 7, 1974. He is an author, educator, and scholar.

Darieck Scott was born in Fort Knox, Kentucky, and lived there for all of six weeks before his parents, a young officer in the U.S. Army and a high school math teacher, whisked him off to Texas. This was the first of many relocations, as his father’s military assignments took the family to small towns in Georgia, North Carolina, Kansas, and abroad. The most powerfully formative and vivid experiences of his youth took place in Germany, where his family lived for six years. The semi-nomadic existence of an Army brat kindled his intense interest in themes and theories that deal with people’s longing for community, experiences of feeling different, and the various masks that outsiders wear in order to belong.

As an undergraduate at Stanford University, Scott won several writing prizes and wrote a column for the Stanford Daily but nevertheless escaped majoring in English, instead getting his degree in Human Biology. After college he worked as assistant to R.W. Apple at the New York Times Washington bureau during the year of the Iran-contra scandal. After his brief stint in journalism he attended Yale Law School to pursue his longtime dream of becoming a civil rights lawyer. Scott moved in a different direction, however, due to various developments and events—coming out, the rise of AIDS activism, the general academic and cultural excitement generated by the commercial and critical success of Black women’s fiction, an upsurge in Black gay political and artistic activity—all of which inspired him to seek an M.A. in Afro-American Studies, and to begin writing his first novel. He graduated Yale with a J.D. and M.A., and then went on to get a Ph.D. in Modern Thought and Literature at Stanford.

Scott is associate professor of African American Studies at the University of California, Berkeley where he teaches literature and creative writing. He is the author of “Extravagant Abjection: Blackness, Power, and Sexuality in the African American Literary Imagination” (NYU Press 2010), winner of the 2011 Alan Bray Memorial Prize for Queer Studies of the Modern Language Association. Scott is also the author of the novels “Hex” (2007) and “Traitor to the Race” (1995), and the editor of “Best Black Gay Erotica” (2004). His fiction has appeared in the anthologies “Freedom in This Village” (2005), “Black Like Us” (2002), “Giant Steps” (2000), “Shade” (1996) and “Ancestral House” (1995), as well as in the erotica collections “Flesh and the Word 4” (1997) and “Inside Him” (2006). He has published essays in Callaloo, GLQ, The Americas Review, and American Literary History.

Darieck and his husband Stephen Liacouras make their home in San Francisco, California.