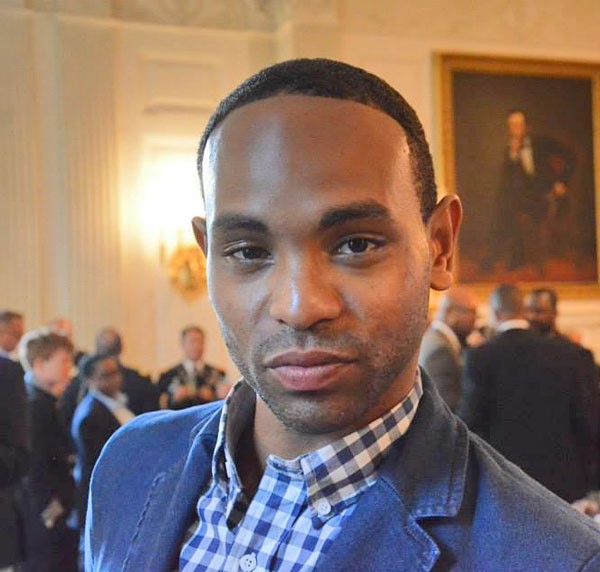 Isaiah Wilson was born on August 20, 1986. He is a self-described proud, Black gay man who is thriving while living with HIV, a writer, singer, human rights advocate, and lover of all things politics. Isaiah currently serves as Director of External Affairs for the National Black Justice Coalition (NBJC).

Isaiah Ryan Wilson was born in Fredericksburg, Virginia, to parents Mack Wilson, a former Marine and longtime correctional officer for the Federal Bureau of Prisons, and Debra Wilson, who currently works at the Federal Emergency Management Agency (FEMA) and is a minister of the gospel. He has one brother, Jerome, a martial artist and personal trainer. Isaiah Wilson grew up in the Washington, DC suburb of Stafford County, Virginia, and attended Brooke Point High School, where he was a well-liked student hiding a big secret.

“I was very popular in high school, serving as class president for my freshman and junior class, as the president of the Stafford County NAACP Youth Council, and as president of the Virginia Student Council Association as a senior,” Wilson recalled. “In addition, I was president of the National Honors Society and Multicultural Club. I also happened to play football all four years of high school, and served as captain of the varsity team in my senior year. All of this while hiding in the closet—praying that no one would notice I was different. However, they did, because I would hear gay rumors about myself through the grapevine and from close confidants. I can remember trying to take the focus off of my sexuality by bullying other students who were suspected of being gay. Self-hatred is such a dangerous force, especially for young people.”

Wilson says that as a young man raised in the Black church and living in a mostly white and military-centric town (near Marine Corps Base Quantico), he “faced a lot of depression” on the road to coming to terms with his sexuality. The only outlet to explore his blackness was at home and at church. But, he says, “Both environments were problematic because they did not speak to my identity as a same-gender-loving boy or create space for me to feel safe enough to share what I was dealing with to any of my family or friends. Because of the lack of successful examples of Black gay men who were open about their sexuality, I stayed in denial about my sexuality until I was in college, where I could finally explore all of my identities.”

After graduating high school, Wilson attended Morehouse College in Atlanta, Georgia, where he majored in political science. In addition to belonging to the Morehouse College Glee Club and Student Government Association, Wilson was Senator for his freshman dorm and senior class, and involved in local Atlanta political races for City Council and school board. He also interned for Congressman John Lewis (D-GA) as a Congressional Black Caucus Foundation Intern during the summer of 2005, and former Georgia State Representative Alisha Thomas Morgan. However, Wilson’s most fulfilling experience at Morehouse was his involvement with the college’s gay student organization, Safe Space. As an officer of Safe Space, Wilson was able to work on many important events and dialogues on campus, including one of the first LGBTQ Pride Weeks at Morehouse in 2008. It was through Safe Space that Isaiah found his community and chosen family—both still very much a part of his life.

It was during Wilson’s college years that he was able to reconcile his Christian faith with his identity as a Black gay man. Wilson stated, “Before moving to Atlanta for college, I was really depressed about my attraction to men, and would constantly pray for deliverance. Morehouse and my ability to meet other Black LGBTQ believers who lived unapologetically in their truth was life changing. Not only was I inspired to study the Bible and grow spiritually, but I was given a core unit of mentors that really helped me embrace all of who God purposed me to be, including my sexuality. These experiences actually led me to come out to my parents during my sophomore year when I had originally planned to wait until I graduated.”

After college, Wilson served five years on Capitol Hill as a legislative assistant for former Congressman Steve Rothman (D-NJ). Of that experience, he said, “It allowed me the opportunity to develop my policy chops and work on critical matters confronting the American people like the environment, energy policy, the judiciary, civil rights, telecom issues, and the federal appropriations process. During my tenure on the Hill, I was able to view up-close the presidency of Barack Obama and witness the passage of transformational pieces of legislation like the Affordable Care Act and the Dodd–Frank Wall Street Reform and Consumer Protection Act. I also was blessed with a boss that allowed me a lot of opportunities to lead in the office, including drafting several bills. One of these pieces of legislation was entitled the Juror Non-Discrimination Act, which is now a core piece of the Equality Act in Congress. Specifically, the Equality Act would grant federal non-discrimination protections for LGBTQ people in a number of public spaces, including jury service.”

Since January 2014, Wilson has been the director of external affairs for the National Black Justice Coalition, where he is focused on the public policy implications of critical issues for Black LGBTQ and same gender loving (SGL) people. According to his official biography on the organization’s website, Wilson “leads the organization’s efforts to advocate for sound policy solutions that empower Black LGBTQ/SGL people in the United States, and plays an integral role in the development of NBJC’s rapid response messaging strategy that speaks to the diverse needs of its constituency at the intersection of racial justice and LGBTQ equality. His ultimate role as the external affairs director is to authentically integrate Black LGBTQ/SGL people’s challenges into the greater dialogue within African American communities in order to spur a more inclusive racial justice movement.”

Wilson says the best part about his work is “the ability to serve my community and speak truth to power about the issues Black LGBTQ/SGL people and our families face. Even beyond that, I am given a platform to talk to other Black people about the beauty and diversity of blackness. This awareness that is birthed out of my work is liberating to me, personally. As Black people, we are often told by society that we are inferior. As Black LGBTQ/SGL people, we are often told that we are a disappointment by both outsiders and other Black folks. This can be detrimental, but when Black LGBTQ/SGL people are empowered with their history, and we know the contributions our community continues to make in the modern fight for justice, one has the ability to see past the discrimination and hate we face for living our authentic truth.”

Among the heroes that have inspired Wilson are Bessie Smith, Langston Hughes, Pauli Murray, Bayard Rustin, James Baldwin, Marsha P. Johnson, Audre Lorde, and Essex Hemphill, to name a few. “Black LGBTQ/SGL people come from a rich and resilient legacy of people stepping out to lead our communities, while also receiving so much pushback from others for living our truth,” Wilson said. “I think of all the brilliant Black queer and trans folks that were able to change paradigms and the culture in their times. Because of their struggles and perseverance, my ability to navigate this world is made so much easier. I recognize that I have a duty to continue their legacy of building a more affirming world for the generations that come after me.”

In 2016, Wilson was honored as a Victory Empowerment Fellow of the Victory Institute, which brings together movement leaders from across the country to expand their campaign skills and policymaking power. He has also been featured in, and has written for such publications as “POLITICO,” “Huffington Post,” “The Advocate,” and “SWERV.” Wilson also has written on his NBJC blog about coming to terms with living with HIV.

Wilson lives in Washington, DC, where he enjoys reading, creative writing, attending concerts, traveling, and teaching others about politics and policy. He sings with the gospel group DaNell Damon & Greater Works, which was featured on NBC’s “America’s Got Talent.” Wilson also serves at his local church, Mt. Ennon Baptist Church in Clinton, Maryland, where he is a member of the Young Adult Choir and the Praise Team.

Wilson is pursuing a Masters in Public Administration and Policy at American University. “My focus will be to look at Black empowerment across the diaspora, and what political systems work best for our people,” he said. “I would like to explore how colonization, imperialism, capitalism, racism, and stigma continue to dis-empower Black people in the world, and what are the solutions to end this pattern.” He also wants to run for public office in the next 10 years, and work tirelessly to achieve one his dream jobs of serving as a US Senator.

We thank Isaiah Wilson for his numerous contributions to public service and Black, LGBTQ, and HIV/AIDS advocacy, and for his support of our community.