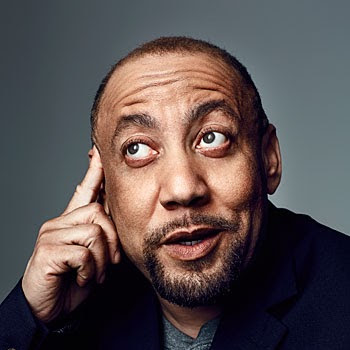 Kylar William Broadus was born on August 28, 1963. The self-described “man of trans experience” is a lawyer, professor, activist, public speaker, and writer. He works at the Transgender Legal Defense & Education Fund as operations officer, and is the founder and CEO of the Trans People of Color Coalition.

Kylar William Broadus was born in Fayette, Missouri, to William Broadus, a truck driver, and Fannie B. Broadus, the supervisor of housekeeping at the University of Missouri-Columbia. He has a sister, Marsha M. Broadus, and a late brother, Bernard Paige Broadus. Kylar Broadus graduated from Fayette High School and Central Methodist University, where he earned a Bachelor of Science in business administration. At Central Methodist, Broadus participated in the concert band, lab band, marching band, the Phi Beta fraternity, and Pi Gamma Mu honor society. Broadus served as student body president his senior year of college. He received the school’s Distinguished Alumni Award in 2014.

At the University of Missouri-Columbia School of Law, Broadus was active in the Mizzou Brass Choir, the Phi Alpha Delta Law Fraternity, the Board of Advocates, Student Bar Association,     Mock Trial Competition, and Moot Court. In 2012, he was honored with the university’s Distinguished Alumni Award.

According to Broadus, there were many challenges coming out as a trans man. “People didn’t talk about trans, transgender, or non-binary people,” he told the Ubuntu Biography Project. “I never fit in any box but it was so important for other people to put me in a box…I knew I felt more masculine. I lived between the lines for so long but was mostly masculine and felt most comfortable being masculine. Then I got it was just as important for me as for everyone to be comfortable living in their comfort zone. Once I was able to do this, it made me happier and much more productive in my life.”

Broadus’s experiences have served him well in the community. He is currently on the board of directors for Freedom for All Americans, Mary’s House, the National LGBT Cancer Network, and the National Black Justice Coalition (Broadus is also board attorney). In addition to sitting on the advisory board for the David France documentary, “The Death and Life of Marsha P. Johnson,” Broadus contributes his talents to the Human Rights Campaign Diversity and Inclusion Council, The Williams Institute Faculty Advisory Committee, and in various capacities at Lincoln University.

Past associations include the United States Commission on Civil Rights; the Commission on Sexual Orientation and Gender Identity; the Committee on Sexual Orientation and Gender Identity; the City of Columbia Human Rights Commission; PRISM; Community Harvest Food Pantry; Ann Carlson Emergency Food Pantry; the American Bar Association; and the Missouri Democratic Coordinated Campaign, Democratic National Committee. A 2010 Rockwood Fellow, Broadus has also given back by providing pro bono legal services to the LGBTQ community. He was the first transgender American to testify before the U.S. Senate’s Committee on Health, Education, Labor, and Pensions, speaking about the Employment Non-Discrimination Act (ENDA).

For Broadus, his work with organizations serving people of color has been particularly rewarding. “It’s extremely important to me because, my Black identity precedes all identities. People see me as Black before anything else. I’m not ashamed of being Black. I get the structural and institutional racism that this country has been built upon. It’s sad that we still struggle with these same ills in our society—these ills that separate and harm people, particularly the Black community.” He adds, “It’s important that we come together and work together in this community to educate and advocate for justice for all. We must not let the ‘conquer and divide’ mentality or the isolation that sometimes exist in our Black/SGL/LGBTQ communities at large interfere with our efforts to empower each other and build our communities. We must be wise and stand strong.”

“Serving the community, this is something I learned from my parents,” said Broadus. “I know it’s hard now but they lived through a much more difficult time during the Civil Rights era for Blacks in the United States in my opinion. Black communities were tighter and worked together. Sadly, most of our communities have been destroyed and torn apart. It’s hard for us all to make a living and bond with our families. I see my work is reparative in many ways—helping people get back on track.”

Broadus lives in New York City, and enjoys working out, movies, reading, and spending time with family. Broadus admitted to the Ubuntu Biography Project that he has committed more time and resources to social justice movements than his personal life.

“Where I lived there weren’t many people willing to date someone that was willing to live their life out and open daily,” Broadus recalled “I never wanted to be with someone because I was someone’s fetish in anyway. I’m rather conservative on that front. I also lived in what I call ‘Brandon Teena country’ for most of my life—where Brandon Teena was killed for being a young, out female-to-male transsexual. It was also known as the ‘Buckle of the Bible Belt.’ The fear and the hate I got from people was always present every day. Given my Black heritage, I was never willing to sleep with someone at night that didn’t want to be seen with me during the day either. My mission was to work towards freedom for ALL. Then I hoped I would have time to enjoy my life.”

With that said, Broadus says he is now at a place where he can take a breath to look for that special someone. He also looks forward to continuing fighting for marginalized communities. “My goal has always been to pave a better way for those that come after me like those tried to do before me.”

We thank Kylar William Broadus for his numerous contributions to our community.