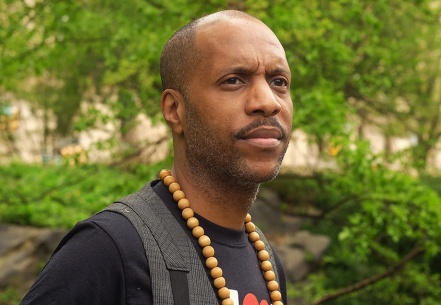 Richard Edward Pelzer II is the son of Richard Pelzer Sr., a finance executive for a Fortune 500 company, and Helen L. Pelzer, an elementary school teacher and housewife. He graduated from Bishop Hendricken High School in Warwick, Rhode Island, in 1985, before attending Ohio’s Kent State University, where he earned his Bachelor of Arts degree in art history and business management. Pelzer was introduced to entrepreneurship at an early age by his parents as well as aunts and uncles. He watched, listened, and learned how his family ran a venture capital fund, construction company, paper cup factory, mini supermarket, aluminum foundry, and business consulting firm.

In his junior year at Kent State University, Pelzer was required to complete an internship program before graduation. He landed a nine month internship as an apprentice to the legendary John Casablancas of Elite Model Management. Recognized as one of the top modeling agencies in the nation, Elite represents Iman, Naomi Campbell, Cindy Crawford, and other top models. During Pelzer’s internship, Elite launched the careers of Tyra Banks, Cameron Diaz, and “Bond girl” Denise Richards, all of whom Richard assisted in booking.

Pelzer produced The New York Stock Exchange (NYSE) Diversity Council Open and Closing Bell Ringing Project in 2008, to meet the interest of the NYSE to reach a broader attendance with a message that “Wall Street is for everyone.” To inspire young people of color about the financial marketplace, and its importance in their lives and the global economy, Pelzer organized and managed one of the first entertainment-focused NYSE Diversity bell ringings, which was viewed by more than 100 million people worldwide.

Passionate about serving the same-gender loving/trans communities of African descent, Pelzer serves as the president and managing director of the Global Network of Black Pride (GN-BP). The online portal provides positive images, news, and cultural awareness to the Black and Black LGBTQ experience. The initiative strives “To Be Seen, To Be Heard and To Be Proud, 365 Days of the Year.” GN-BP is a leading entrepreneurial think tank, connecting the services and support of successful and prominent Black LGBTQ leaders, and enriching pride in these communities. They are current and emerging community leaders, professionals, business owners, and companies that seek to address the issues affecting the global Black LGBTQ community.

Pelzer is most comfortable in the role of “Uncle Richard” to his four nephews, two godchildren, and a host of mentees and interns.

We thank Richard E. Pelzer II for his numerous contributions to our community.