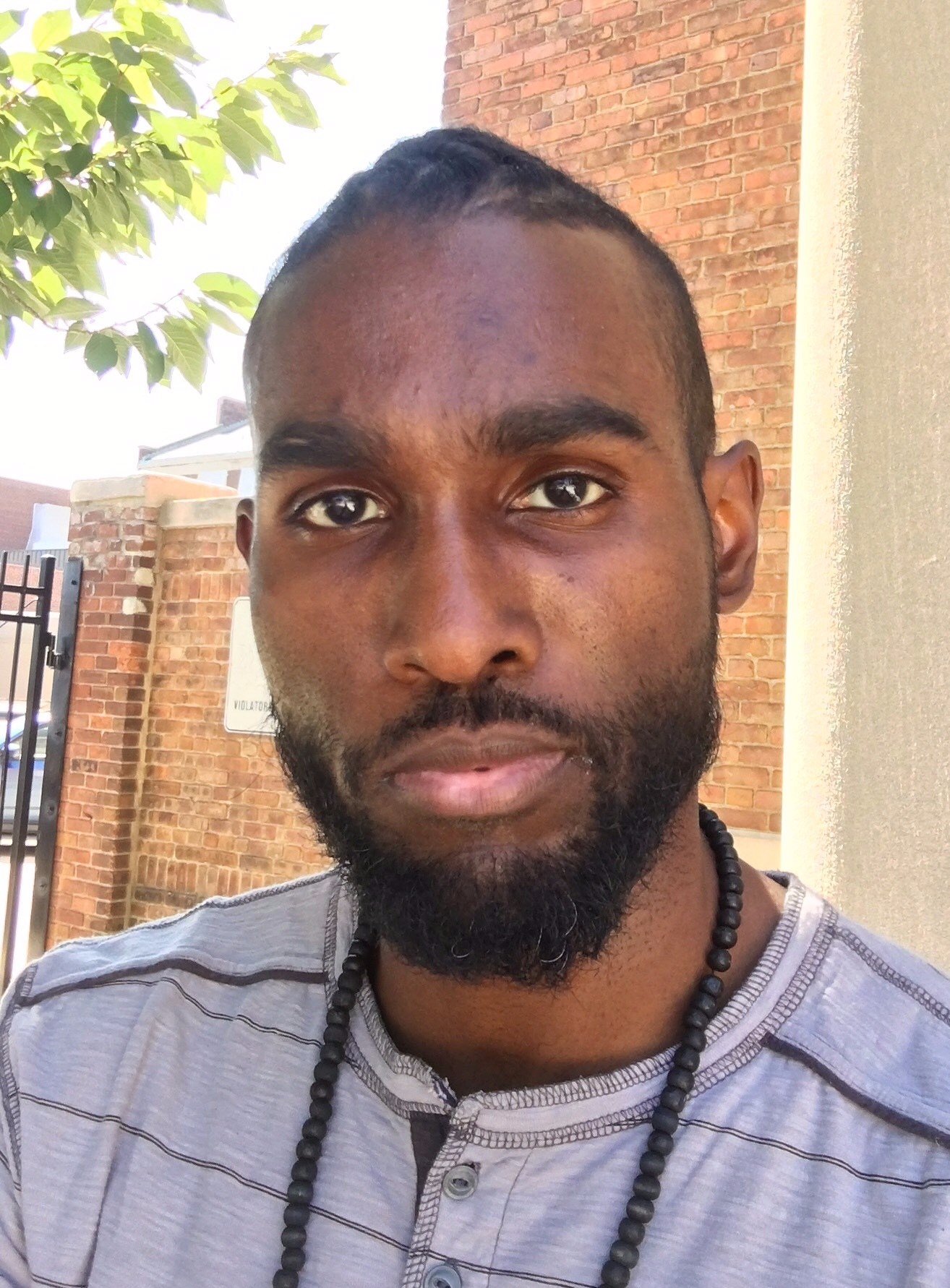 Rhone Fraser was born on October 12, 1979. He is widely respected literary critic, journalist, advocate, playwright, and academic. Dr. Rhone Fraser identifies himself as gay, Marxist, and Christian, “without contradiction.”

Rhone Sebastian Fraser was born in Brooklyn, New York, to Jamaican immigrant parents. His mother is a registered nurse, and his father is a pharmaceutical manager. Fraser’s family moved to White Plains, New York, when Lederle Pharmaceuticals hired his father.

Fraser’s mother read to him as a child, and later told him he was reading from the age of two.  He was raised in the Episcopal Church, and attended Holy Name of Jesus Catholic School in Valhalla, New York, until the age of ten, when his father’s job moved his family to Wesley Chapel, Florida. While there, Fraser played basketball in high school and junior high, and joined the National Honor Society at Zephyrhills High School. He also performed in drama productions of “Everyman,” directed by influential drama teacher, Greg Burdick.

Fraser attributes his intellect to the various range of art forms to which his father introduced him, especially Black drama. The first drama he remembered watching with his father was Lorraine Hansberry’s “A Raisin in the Sun,” which inspired his love for the theater. Fraser graduated from Zephyrhills High School in 1997, and Yale College in 2001. He discovered his love of Black literature while performing the role of Meridian Henry in a Yale production of James Baldwin’s play, “Blues for Mister Charlie.”

Fraser has admitted that he did not have a sexually gratifying experience until he was 28, due in part to his own homophobia taught by his religious upbringing. He did not consider himself to be truly “out” until he told his father and mother personally in November of 2011. Fraser has endured difficulty reconciling his sexuality with his faith, but eventually did so as a result of reading Baldwin, receiving some helpful counseling, and especially after meeting his second cousin, Jason Latty, in 2011. Fraser now works as general secretary at the organization founded by Latty, Caribbean Alliance for Equality (CAFE), which is devoted to ending homophobia in Jamaica and the greater Caribbean.

While in Tampa, Dr. Fraser also read on Friday evenings for WMNF Evening News. In 2005, he started the Master’s program in Africana Studies at the University of South Florida, and wrote his first documentary play, “Living Sacrifice: The Life of Fannie Lou Hamer,” that was read at the ROAR Anniversary celebration in Hamer’s hometown of Ruleville, Mississippi, in August of 2005. In 2007, Fraser earned his Master’s degree and began the Ph.D. program in African American Studies at Temple University in Philadelphia, Pennsylvania. A year later, he completed his second play, “A Sound Mind,” based on a group of influential young ministers of the Gospel he met called Odd Generation.

After attending a 2008 production of Leslie Lee’s play, “Sundown Names and Night Gone Things,” based on Richard Wright’s experiences in 1930s Chicago, Fraser committed himself to writing historical drama, and began taking playwriting classes taught by Lee, the former artistic director of the Negro Ensemble Company, at the Frederick Douglass Creative Arts Center from 2008 to 2010. With Lee’s supervision, Fraser completed his third play, “Negro Principles,” about the personal and political life of A. Philip Randolph and Lucille Green Randolph during one week in Harlem in 1928.

In 2011, Fraser was personally selected by Philadelphia mayoral candidate Diop Olugbala as education chair in Olugbala’s unsuccessful campaign against current mayor Michael Nutter. He also chaired the campaign’s effort to appeal to LGBTQ voters. Frasier supports third party movements such as the Green Party and the Workers World Party.

On July 27, 2012, Fraser defended his more than 420-page dissertation and earned his Ph.D. The dissertation, “Publishing Freedom: African American Periodical Editors and the Long Civil Rights Struggle, 1900-1955,” focuses on three periodical editors—Pauline Hopkins, A. Philip Randolph, and Paul Robeson—and how their writings influenced the Black freedom movement in the twentieth century. He is excited about promoting the work of these Black writers, and especially the work of journalist-playwrights Alice Childress and Lorraine Hansberry, whose plays, Fraser argues, came from the periodical “Freedom,” inspired by Paul Robeson. He believes that works by Childress and Hansberry are the unsung foremothers of the Black Arts Movement.

In 2013, Dr. Rhone Fraser produced a reading of his play, “Unity Valley,” based on the actual 1803 pamphlet by Quaker merchant David Barclay called “An Account of the Emancipation of Slaves from Unity Valley Pen, Jamaica.” The following year, Fraser was honored to speak at, and direct shorts of, Leslie Lee’s plays at the memorial for Lee, hosted by the Signature Theater and featuring Woodie King, Jr. and Douglas Turner Ward.

In 2015, Dr. Fraser joined the faculty of the Department of English at Howard University, where his teachings featured “Between the World and Me,” a book by Ta-Nehisi Coates that he said changed the course of his life. He believes this is the first mainstream publication that spoke to him directly, because he related so much to Coates’ thoughts on manhood, and the fact that he and Coates are fellow Librans and there are similarities between his Aquarian father, Anserd, and Coates’ father, Paul. In September 2017, Fraser was invited to lecture at Pacific Lutheran University about his critical response to “Between the World and Me,” during which Coates was compared as a journalist to the likes of Ida B. Wells, Pauline Hopkins, Hubert Harrison, and Marcus Garvey.

In 2016, Dr. Fraser organized a panel, “Marcus Garvey: 100 Years Later,” about the historical significance of journalist Marcus Garvey, who sailed to the United States exactly one hundred years prior. The gathering at the Left Forum included historians Horace Campbell and Jeffrey B. Perry. That October, the son of Marcus Garvey, Dr. Julius Garvey, called Fraser and asked him to join a lobbying effort, organized by Howard University’s Dr. Goulda Downer, to get then-President Obama to grant Marcus Garvey a posthumous presidential pardon. Dr. Fraser committed himself and got others to write and tweet weekly to President Obama for the pardon, which was ultimately not granted.

On January 1, 2017, Dr. Fraser completed his fifth play, “The Original Mrs. Garvey.” The work is based on two biographies of Amy Ashwood Garvey, the first wife of Marcus Garvey, by Lionel Yard and Tony Martin. He has lectured about Amy Ashwood Garvey at the Francis A. Gregory Library in Washington, DC, at Howard University, and at a U.N.I.A. Division #330 meeting.

Dr. Fraser considers his dramatic works much more nourishing than the stale and bland diet promoted by the mainstream. His says his plays are “gems waiting to be discovered” for any play director ready to be challenged and develop them. They are works which come from many influences, including his Temple University dissertation adviser, Dr. Heather Thompson, who won the 2017 Pulitzer Prize in History for her book “Blood in the Water,” about the 1971 Attica prison rebellion. The book was optioned and selected by TriStar Pictures last year to be produced as a film by Amy Paschal and Rachel O’Connor.

Dr. Fraser is also a scholar of the novel. He is a member of the Pauline Elizabeth Hopkins Society and the Toni Morrison Society. Fraser completed scholarly book reviews about the work of novelists Paule Marshall and Elizabeth Nunez. The “Journal of Pan African Studies” is publishing a special issue on the fiction of Nunez, edited with an introduction and a critical article by Dr. Fraser. He is also completing a manuscript for publication which is a literary criticism of the four novels by the Boston-based journalist and dramatist, Pauline Hopkins.

Fraser appreciates all novels and nonfiction by Professor Ishmael Reed. He presented a paper about the novels “Batty Bwoy” by Max-Arthur Mantle and “Here Comes the Sun” by Nicole Dennis-Benn at a conference organized by Antoine Craigwell called “In My Mind,” dealing with mental health in the queer community of color.

Fraser, true to the values of Lorraine Hansberry and Malcolm X, makes Black liberation from race and class oppression a priority in his dissertation and his historical drama. He sees this as the root of all oppression, including homophobia, and ties themes of liberation theology into all his plays. He is featured in the “Modern Day Black Gay Project” by Donja Love.

Like the thinkers he studies and teaches about, Fraser eschews the two-party system, and supports the formation of a political party that supports the interests of the working class and not the current ruling capitalist class named by George Jackson in his book “Blood in My Eye.” Fraser supports the kind of revolutionary nationalism endorsed by Malcolm X and Jackson, and is increasingly resistant to reforms to the current two-party system because of its clear advancement of austerity and increasing mass incarceration of Black youth.

Fraser is also a staunch supporter of Army whistleblower Chelsea Manning, whom he believes is an important example for all other U.S. soldiers to follow, because she challenges the repression of the U.S. military, and the military dictatorships across the globe that they support. You can learn more at Rhone Fraser’s blog.

The Black SGL/LGBTQ community is very important to Fraser, who cherishes open dialogue about racism within and outside the U.S., such as the struggle for LGBTQ youth in Jamaica to be heard in a way that does not stigmatize them. He resists the gay tourist industry’s privileging of white experiences, and supports a U.S. State Department boycott of the Tourist Board of Jamaica, until the nation repeals its English colonial anti-buggery (anti-sodomy) laws. Fraser applies the anti-colonial theories of Martinican Frantz Fanon to understanding the endemic homophobia in Jamaica, and is working with CAFE to further that.

Fraser was disappointed in Jamaican church leaders rallying hundreds against the repeal of anti-buggery laws, yet being unable to rally against the Jamaican Minister of Agriculture’s sale of thousands of acres of Jamaican land to the Chinese government. On his blog, Edifying Debate, Fraser has described this as behavior of a tragically “colonized bourgeoisie” (to borrow Fanon’s term).

As a Marxist, Fraser is also suspicious of the American government’s use of “pinkwashing,” a term coined by Jasbir Puar to express the promotion of gay rights as only a cover for supporting corporate interests that enforce racist practices, such as Shell Oil, which prides itself on being tolerant, yet has a history of supporting a military dictatorship in Nigeria. As a Christian, Fraser is also highly critical of the lack of political education and consequent ignorance that the Western church promotes, in order to privilege homosexuality as a moral issue instead of what he sees as the more serious problems within the United States: militarism, austerity, and mass incarceration. He is a staunch supporter of a Free Palestine, and supports the Boycott Divestment Sanctions movement against the Israeli occupation of Palestine.

Fraser believes it is important for Black SGL/Queer men and women to be proud of who they are because, true to James Baldwin’s teachings, “it is our responsibility to support revolution of this morally decaying system, while at the same time teaching those who are uncritical supporters of American hegemony about its racist and capitalist nature in order to ultimately dismantle it.” According to Fraser, part of this means rejecting hetereonormativity, not just for its own sake, but to restore the leadership of women to its rightful place in human history, and to stop the increasing concentration of wealth and power that denies most people the right to self-determination.

Dr. Fraser makes his home in the Philadelphia area. He says he has yet to have the pleasure of meeting his life partner, however by loving himself and the intellectual path that life has allowed him, he believes he will find that special someone. He is also grateful for the conversation that Stephen Maglott and the “Ubuntu Biography Project” have begun.

We thank Dr. Rhone Fraser for his outstanding contributions, and for his support of our community.