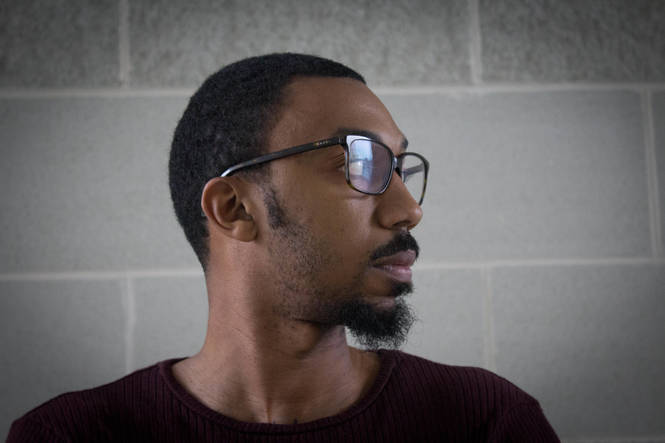 George M. Johnson was born on October 31, 1985. He is a journalist and HIV/AIDS and LGBTQ activist.

George Matthew Johnson was born in Plainfield, New Jersey, one of four children of Gregory Johnson, a police officer (now retired), and Kaye Johnson, a beautician. When he was 14, Johnson started working at a summer camp in Plainfield, even as he grappled with his sexuality and fitting in.

“As a young boy, I struggled with what I was feeling inside,” Johnson told the Ubuntu Biography Project. “I knew by the age of five that something about me was different, as my attractions were more to boys than girls. I was very effeminate, which caused me to be teased some, so I learned ways to cope with the bullying.” Johnson learned how to play football, baseball, and basketball, and made sure he was one of the best at it. He recalled how it gave him safety in heterosexual spaces because even though he was gay, the straight boys still wanted him on their team.

Johnson graduated from Bishop George Ahr High School in Edison, New Jersey, and enrolled at Virginia Union University in Richmond, Virginia, where he was a member of Alpha Phi Alpha fraternity, and earned his Bachelor of Science in finance in 2007. “As I grew older and started to explore in college, I began coming into my own but still struggled with masculinity issues,” Johnson said. “I joined a fraternity hoping it would help with that but, in turn, it only made me stronger in the belief of who I am. I learned that I never had a ‘coming out’ experience. It was more about ‘coming into’ who I really was.”

In 2012, Johnson received a Master of Arts in human resources development from Bowie State University in Maryland. Over the next several years, he ended up working at both his alma maters, Virginia Union and Bowie State.

When Johnson was 25 and about to graduate from Bowie State, he experienced what he called the “best, worst day” of his life—the day he tested positive for HIV. Not feeling well, Johnson finally built up enough courage to go to a free clinic in Richmond, Virginia. “All I remember was praying that, either way the results came out, I would be covered,” Johnson wrote for thebody.com in 2016. “Twenty minutes passed and the nurse came and took me into a room. Another woman walked in, so I already knew something wasn’t right. I began to panic. I just remember falling onto the couch and her telling me that ‘the results came back positive.’”

HIV/AIDS is just one of many topics that Johnson addresses in his writing, all of them centered around the stories of people of color, particularly those in the LGBTQ/SGL community.

“The Black LGBTQ/SGL community is me. It’s important because I know that my purpose in this universe is to fight for our existence,” he told the Ubuntu Biography Project. “As a marginalized population within an oppressed group, we are often subjected to having to fight our own just for that right to exist. I know that I am visibility and representation for our community, but I know that is important to be even more accessible and utilized to help others. We should, as Black LGBTQ/SGL people, be very proud of who we are, especially as a way to fight against the erasure our community has faced for hundreds of years. We are only now learning about the queerness of so many pioneers who had that part of their narrative left out of their stories.”

Johnson is currently working on a project that discusses the various intersections of homophobia within the Black community; the first part examined homophobia within fraternities, or “Greek life.” You can follow Johnson on georgemjohnson.contently.com, where he writes about race, culture, gender, sex, health, HIV/AIDS, pop culture, and other timely topics. He has also contributed to pride.com, hivequal.org, “The Huffington Post,” nbc.com, and “A&U” magazine, among others. His piece on swimmer Simone Manuel was the most-read story on ebony.com’s digital platform in 2016.

As part of his volunteer work giving back to the community, Johnson helped co-found Black Gifted and Whole, a nonprofit that provides mentoring and scholarships to queer students attending Historically Black Colleges and Universities (HBCUs). He also mentors six young people attending HBCUs.

Johnson, known as Matt to those close to him, lives in Brooklyn, New York, where he spends his rare free time hanging with his friends at happy hour, bowling, “chilling” with his grandmother, and enjoying his favorite hobby: drinking Prosecco. He describes himself as queer and very spiritual—regularly utilizing sage and African chants to “smudge,” the ancient Native American ritual of using smoke from herbs to remove any negative energy from a space. Johnson makes it a priority to keep negativity out of his personal life as well.

“It is important to live in your truth and stand in it, firmly as you. However, it is also important to recognize that the world isn’t a safe space for many of us either, so we are risking our lives everyday just being who we are,” Johnson said. “So, I tell folks to take pride in the fact that refusing to live in pieces is a revolutionary act against your oppressor, and you should do so proudly. Don’t keep anyone around who forces you to live your life in pieces. The universe will give you red flags. It is your job accept them for what they are. Trust in the universe, and it will provide you over-abundantly.”

We thank George M. Johnson for his way with words, his activism, and for his unwavering support of our community.